OVERHEAD is a ten-minute work for string chamber orchestra. As with the other additions to Žuraj’s canon in recent years, it focuses especially on the percussive capabilities of that family of instruments. Aside from the usual array of pizzicato effects, pencils are struck gently against the strings to produce droplets of sound that are at once voluminous and highly precise, and each player is furnished with a sounding bowl (from a bell tree), with the deepest instruments taking the highest-pitched bowls, the highest instruments taking the deepest. For almost a full minute at the beginning, the only bowed sound to be heard is a muted violin, directed to sound like a mosquito in flight. When “conventional” string playing enters, this also heralds a change in the texture; the previously scattered impulses disappear with the upper strings suddenly falling into lock-step in a fortissimo rhythmic unison, tracing an upward line that accelerates and converges into a cluster, while the lower strings continue a pizzicato crusade beneath.

This interplay continues in various guises throughout the work, with the lower strings often presenting an independent sound colour and texture, while periods of comparative rhythmic “chaos” alternate with strict rhythmic unisons. The sounding bowls first appear almost a third of the way through the work, and quickly become the dominant voice, as the string playing vanishes entirely. The sounding bowls are subjected to a range of different playing techniques, ranging from sustained ringing to dry, muffled attacks – a timbral “scale” roughly analogous to the string effects, which range from pizzicato via col legno (with the wood of the bow or a pencil) to short, bowed impulses and (rarely) strings of legato notes.

The sounding bowls dominate for some time, being increasingly complemented by different types of glissando. The final third of the work sees string playing and the sounding bowls “fighting it out” for the upper hand, with the latter eventually winning, although the last laugh is afforded the double bass, strumming a single, resonant pizzicato over all four strings, which slowly vanishes in a long glissando upwards from the depths. 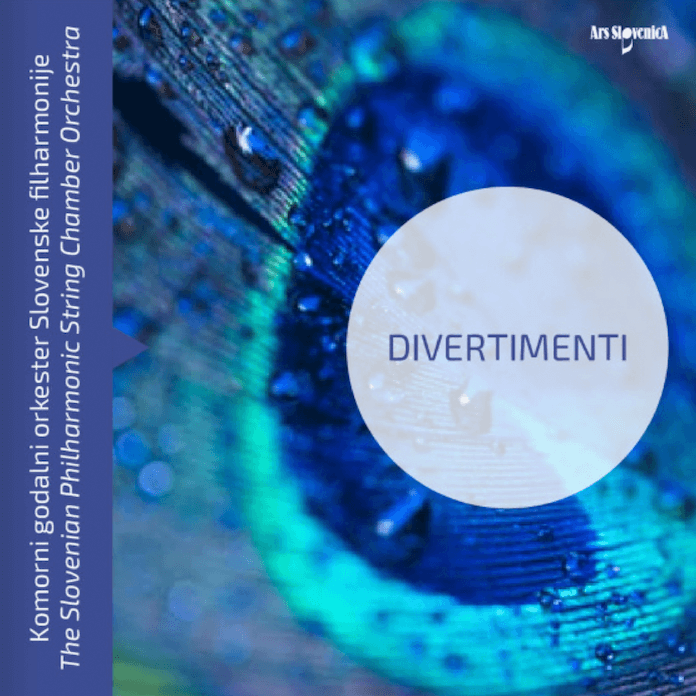