for alto, ensemble and live-electronics
Based on Slovenian folksongs from Prlekija region

Commissioned by the Experimentalstudio des SWR, Freiburg (Germany) in cooperation with Allianz Kulturstiftung.

Being an artistic reply to the work Folksongs, by the late Luciano Berio, ZGÜBLENI fittingly represents the fruits of my own immersion in the folk music of my native Slovenia. I took an especial ethnomusicological interest in the music of the Prlekija region in the north-east of the country, noting that many seemingly simple melodic strains required a highly complex rhythmic notation, since the singers would interpret them according to an innate feeling, rather than the strictures of a systematic musical discipline.

For the basis of my own composition, I restricted myself to three songs, which I then had recorded by the Mongolian throat-singer Enkhjargal Dandarvaanchig. These recorded samples are to be found within the composition, in both unadulterated and heavily processed forms. The Slovenian language contains a wealth of tongue-twisting consonant blends, which to my astonishment seemed to present no real difficulty to the Mongolian singer, who read the entirety almost flawlessly at first sight, despite being unable to understand a blessed thing. The text sung by the mezzo-soprano is a fusion of two separate song texts.

Sometimes, artists find themselves in search of a universally understandable mode of speech. In the work ZGÜBLENI, my own mother tongue is transformed with the aid of heavy electronic manipulation into an almost abstract collection of phonemes, a mode of speech that nobody can understand. The work’s title is in part a reference to this, meaning “The Lost” in the dialect of the Prlekija region. 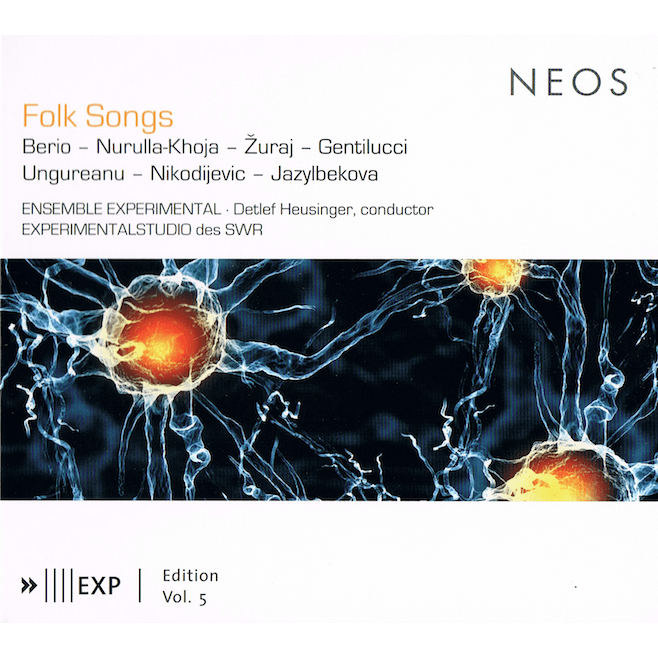