for cook-performer and orchestra
script by Patrick Hahn

Commissioned by the WDR 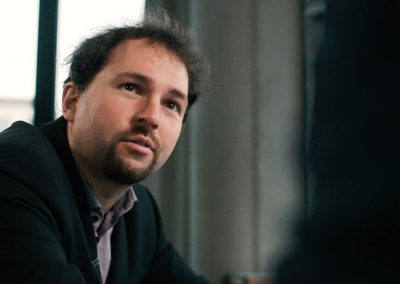 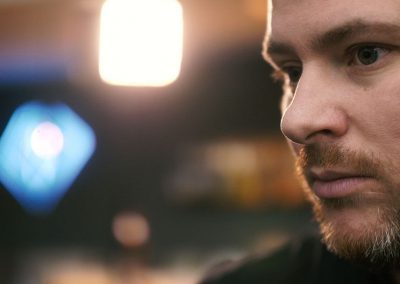 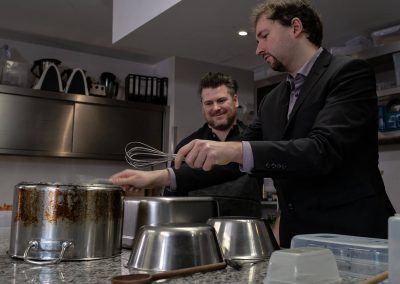 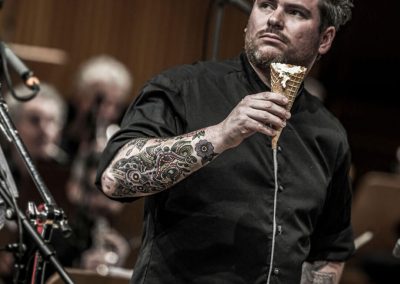 The tendency to make every aspect of life a matter of high aesthetics has long since permeated the kitchens of this world, with the concoctions of some chefs receiving treatment to rival the reception normally afforded to the visual arts. Far from merely holding mind and body together by means of protein, fat and carbohydrates, culinary delights in today’s world often present fascinating synaesthetic experiences, not only exercising the palate and the senses, but also offering an intellectual journey. Mozart once lamented having to dine at the same table as the cooks, yet would that not be precisely the place for him these days?

A feat of modular cooking creation sees the preparation of a scintillating menu for all the senses. Over multiple courses, including amuses oreilles, auditory delights, daring creations and bona fide classics are prepared à la minute. Market-orientated luxury dishes are on offer alongside novelties of acoustic molecular cuisine.

A theatrico-synaesthetic menu was devised in collaboration with the two-star chef Daniel Gottschlich, one that speaks not only to the eyes and the ears, but to the totality of senses, with aromas and flavours, colours and shapes, with pitches, textures and temperatures. Crispy fifths and creamy harmonies, spicy dissonances and peppery rhythms are blended to form a vitamin-rich repast, a Tafelmusik for the 21st century.

‘Experience Taste’ is the maxim of the Daniel Gottschlich dining experience, an experience that is enthusiastically received by those dining at Gottschlich’s restaurant in Cologne’s Rheinau district. He and his team generously allow the artists to sample not only his cuisine, but also how he goes about preparing it. Interestingly, music also occupies an important place in Daniel Gottschlich’s life. In his free time, and often after work, he reaches for his drumsticks and gives voice to his passion for rock music at the drum kit. HORS D’ŒUVRE puts the six basic tastes front and centre, presenting each one in miniature – the essences of sweet, sour, salty, bitter, umami and fat. A second compositional layer brings the food preparation into focus, incorporating observations from our visit to the chef’s kitchen, including both the processes of food preparation and the recurring acoustic events associated with them.

Sweet, sour, salty, bitter, fat and umami – these six basic tastes underpin the menu of the ‘Ox & Klee’ Restaurant in Cologne, whose chef and proprietor, Daniel Gottschlich, who fronts the orchestra at a ‘kitchen drum kit’ to prepare a meal for the audience – the HORS D’ŒUVRE. With slicing, dicing, peeling, beating, grating, listening and reveling, there is plenty to stimulate the ear, the eye and the tip of the tongue – and not just with onions…