for percussion trio and orchestra 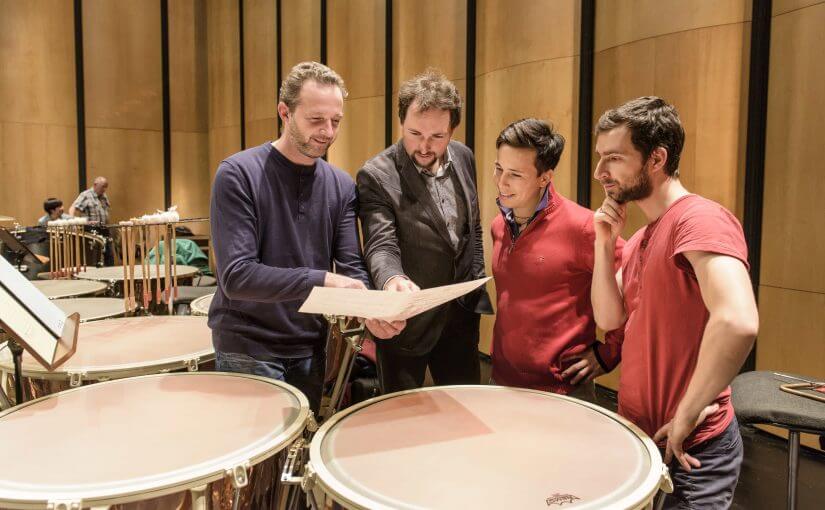 DRIVE could be viewed as a sort of arena for three percussionists, who on the one hand play as soloists both with and against each other, and on the other interact as a single bloc with the orchestra. The central ‘playing console ‘ is a round table situated between the conductor and the audience. While playing, the three soloists move around this table, making exclusive use of teaspoons to strike the metal tubes, wooden rods and hand drums that are laid out upon it. Over the course of the work, each soloist repeatedly switches positions from the table to one of three stations that are positioned in a triangle around the orchestra; a vibraphone to the left in front of the orchestra, a drum kit opposite it on the right and a set of tympani behind the orchestra. This gives rise to a continual change of focus between the precisely notated trio and the three independent, at times freely improvising solo parts. The orchestra serves to connect these two elements, as well as playing brief intermezzi while the soloists move from one position to another. This is in no small measure an athletic piece, with humour also playing an important role.